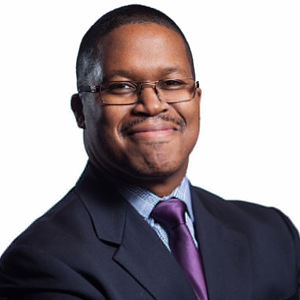 As the story goes, oil and water do not mix. This used to be true in the Audio Visual and Information Technology arenas. There was clear a line drawn in the sand that was not to be crossed. Information technology professionals were the protectors of the network universe and were averse to any unfamiliar device on their network. With IT communication standards becoming widely adopted in AV components, both commercially and in the home, the line has been crossed and the two industries have almost become one. Some what of a symbiotic relationship.

Not long ago your television had to rely on a set to box to deliver content to the screen; now all you need is an untethered network to gain access to the plethora of content and data available. The consumer market dictates this ongoing AV/IT convergence. Especially in this “microwave” society. The faster you can deliver the content to the consumer the more likely you build your brand because “it just works”. We all know this would not be possible if the information technology industry had not set the standard for electronic communicate between components. AV component manufacturers are making the right decision on adopting these standards set forth. The keys to continuing this convergence is staying true to the communication standards. Thanks to the Institute of Electrical and Electronic Engineers (IEEE), those standards are closely guarded and monitored on a consistent basis so that industries have a reference when developing products and components for the modern age.

In our industries, we have all succumbed to the lost art of “sneakernet” where industry professionals were forced to load data, content, etc on a removable media and transfer “sneakernet” to another device. The same holds true for the Audio Visual industry. If you wanted to display advertising on a screen not connected to a network, you have to walk the media or courier to its destination. Early adopters of digital signage found this lost art to be a true and living thing even in the early stages of the information age. Retailers were eager to get their message on these displays but once that campaign had concluded the next piece of content had to be developed far enough in advance so that it could be shipped and loaded in time. Fast forward to today. You can build content on Monday, have it loaded and sent around the world and received data back in a matter of seconds. Thus saving a good pair of shoes.

AV and IT join forces with MarComm

Not only has the pioneering efforts of the IT industry assisted in the growth of audio visual industry, it has also, with the help of audio visual technology, paved the way for the marketing industry to obtain realtime data on which digital signage promotional campaigns are effective and ones that are not. No longer do you have wait for sales data “analytics” at the end of a marketing cycle to garner the viability of a campaign. If we go one step further you can preset content to be triggered when consumers are in close proximity to your display devices. Beacon technology mixed into a real time content driven solution is the “Holy Grail” of our “right now” marketing generation. Giving the consumer what they want, when they want it.

The early adoption of 4k technology will force an increase in your network infrastructure and data capacity strategy. Streaming video at four times the data rate can cause major traffic jams on your network. Even downloading of these large videos will be challenging. For the consumer, the pipelines (fiber) to the home are becoming the norm as new communities across the nation are being constructed. When 4k becomes mainstream, retooling of your in home network is probably inevitable. For now, it is too soon to tell.

As the converging industries push forward in this ever expanding frontier, it is comforting to know that AV and IT have settled their differences and accepted the value that each brings to the table. AV professionals will have to embrace and understand the IT capabilities and how best to leverage them so that their integrations work in harmony with overall infrastructure. IT Professional’s AV learning curve is not as steep thus giving them the creature comforts of familiar territory.

The Future of Computing: Hype, Hope, and Reality

How to Attune your Business using Big Data Analytics in a Newly...

How to Achieve a True Internet of Things (IoT) Implementation