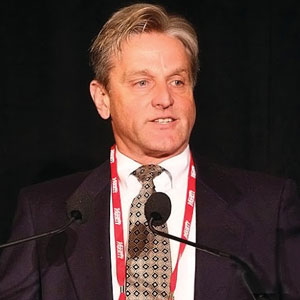 The opportunities presented by Virtual Reality (VR) and Augmented Reality (AR) are clear. Analysts like Digi-Capital are optimistic on the prospects for the technologies, forecasting that revenue generated by the market will hit $120 billion by 2020. A new Juniper Research forecast expects the VR hardware market—including VR headsets, peripherals, and 360-degree cameras—to grow to more than $50 billion by 2021.

However, significant challenges remain in the quest to deliver a fully immersive consumer experience that remains true in all respects to the creative vision. Behind all the buzz and buzzwords surrounding VR and AR, it is easy to miss the fact that immersive reality-based entertainment is the birth of an entirely new medium, and the industry is at the cusp of a very exciting time.

It is a similar kind of feeling to when the movies transitioned from film and photochemical to digital back in the 2000s. These new immersive experiences are going to affect every aspect of the pipeline and require the industry to rethink the entire technical infrastructure—just as it did when it went from film to digital.

When that happened, the industry had to design whole environments of computer systems and ways of manipulating images—it is the same with VR and AR. It really is the birth of a creative concept—a new way of telling stories, a new way of having interactive experiences that requires the industry to go back to the drawing board and rebuild from the ground up.

With the whole industry still very much in its infancy, it is a daunting but exciting time for content creators, who are going to be the main catalyst behind the development of the tools that will make VR and AR the fully-immersive experience it can become.

​The entertainment industry must rethink technical infrastructure, workflows and all of its key disciplines to succeed in this new frontier

Imagine putting someone from a movie visual effects studio into a VR and AR content creation scenario—they will not be satisfied with creating images that aren’t up to a certain standard. Once they put on a headset and view an image they have created, they will be asking for ways to manipulate the color, or shift the focus, or even just instantly play back the small changes they have made. While it is possible to do all of this for non-immersive entertainment, the tools required are still being modified for the new VR and AR environment.

The delivery of sound will also present a significant challenge. If you are viewing something on a headset, sound needs to follow an object moving around, so tools are needed that enable content creators to not just manipulate where the sound is in the consumer’s head, but how those sounds move and marry with the images as the user looks around.

Combine these challenges with that fact that they need to be solved and actioned in real-time and you start to get a sense of the immense mountain that the industry needs to scale for wide-scale adoption of VR and AR technology to become reality.

At the moment, VR and AR experiences are almost at a preview stage. They are wonderful and give you a sense of the way the wind is blowing, but the images are not quite there yet. Images can look pixelated compared to television and movies, and they a little blurred. Skin texture is not as realistic as it will be soon.

Current technological limitations aside even the current VR / AR content is immersive in a way we have never experienced. Just imagine what it will be when the technology improves. Image quality is a cornerstone on which VR and AR will continue to build momentum.

Technicolor’s experience in creating realistic, life-like images for films such as The Jungle Book has taught us that people’s expectations are only going to increase. It won’t be good enough just to see a solid color—people are going to expect the images that they see in their VR and AR experiences to look real, as if the person is sitting in front of you, with all the complexities associated with film, like realistic hair and water that flows naturally.

In addition, with so many different cameras capturing real-time images in different ways, the industry needs to figure out how to preserve color and image quality as content becomes interactive and puts a character into a new environment. Once that is done, there is the issue of how those colors look once they are down the pipeline and actually being viewed by somebody, taking into account the numerous different headsets currently on the market. Ensuring that viewers are seeing as close to what the content creator envisioned as possible is a key challenge for VR and AR.

As with the movie industry, collaboration workflows are going to be key for VR and AR. When the switch to digital happened, the movie industry had to completely rethink its workflows, moving from a very linear model—literally someone cutting pieces of film—to a scenario where you’re capturing images digitally, manipulating them on the spot and taking that sequence of images through an entire pipeline right on set.

Over the years, some very good workflow tools have been developed that enable collaboration, individual assignments for shots and comment and review capabilities. The same thing is going to be required with VR and AR. When content creators perform live capture with 3D objects, for example, the results must be distributed to the creatives who are going to make it look ready for consumption. Increasingly, those creatives will be distributed around the world, all working on the same content at the same time.

Managing that entire flow all the way to the end where the final rendering is done and quality control is assured is an enormously complicated workflow, and this too is will provide a significant challenge.

Once that new reality is designed and constructed, the next issue is how it gets from where it is made to where it is viewed and experienced. When the industry transferred to digital, the processors used to handle the data generated simply were not fast enough to begin with. This will be a key consideration for VR and AR, as not only will the render pipelines that deal with the images as they are being manipulated by artists require incredibly fast processors, they will also have to be small enough to be housed in a headset.

Even when you conquer the need for nimbleness in the processor and the challenge of somewhere to contain all the data, there is also the issue of transmitting that data over the limited bandwidth that we have on today’s network infrastructures. It is quite a unique conundrum. The whole AR/VR experience requires a level of processing and storage, especially not in a consumer setting. Download some of the free VR experiences that are on the Internet to your smartphone and play with it for 10 minutes and you’ll see the problem quite quickly—your battery levels will drop significantly and the phone will get extremely hot since the processor is working overtime.

This problem is only going to be exacerbated by time— imagine the types of speed, heat and electricity issues that will be experienced over next few years as the technology moves to the next level. These problems are not going to be easy to overcome.

Still, the solutions will come, and Technicolor will be pioneering with our research teams and partners on all fronts. VR and AR are a paradigm shift, not just for those using the technology but for those creating the content. The entertainment industry must rethink technical infrastructure, workflows and all of its key disciplines to succeed in this new frontier.

The Journey to Swift Digital Transformation

Virtual Immersive Learning: The Next Frontier in Higher Education

Making the Case For Moving from Health IT to Health Analytics

Data as a Business

Ricardo Leite Raposo, Director of Data & Analytics at B3